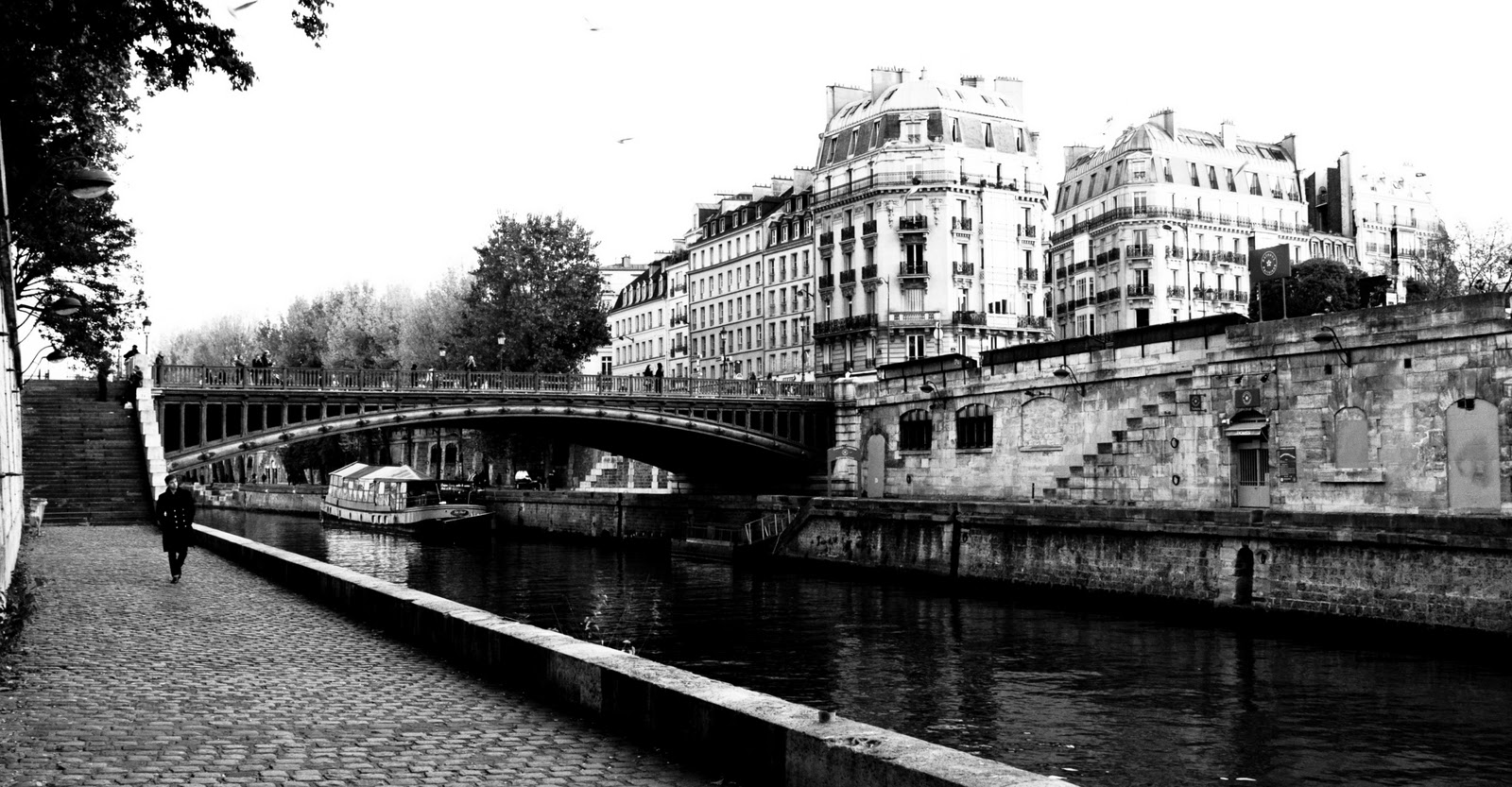 Paris, France
It's almost Vacation time.
I'm not going to Paris this year, I'll be going to some new places instead. 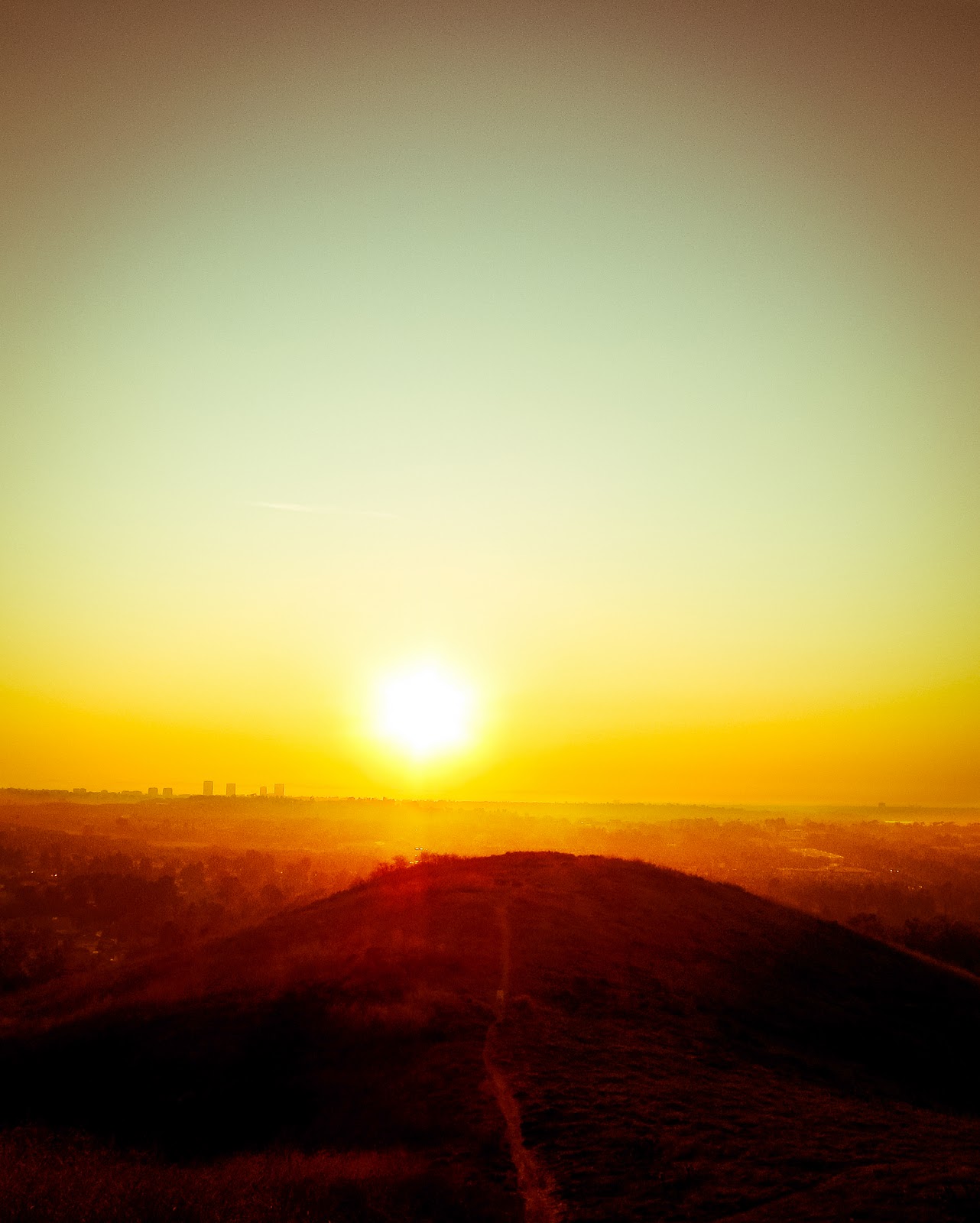 Irvine, California
I don't know the real name of this trail but it looks like it goes down, then up, then into the setting sun. You might be able to see the person walking up the hill if you look closely.  I doubt that I would be able to see her if I didn't know where she was. :)
Posted by James at 5:26 PM 21 comments: 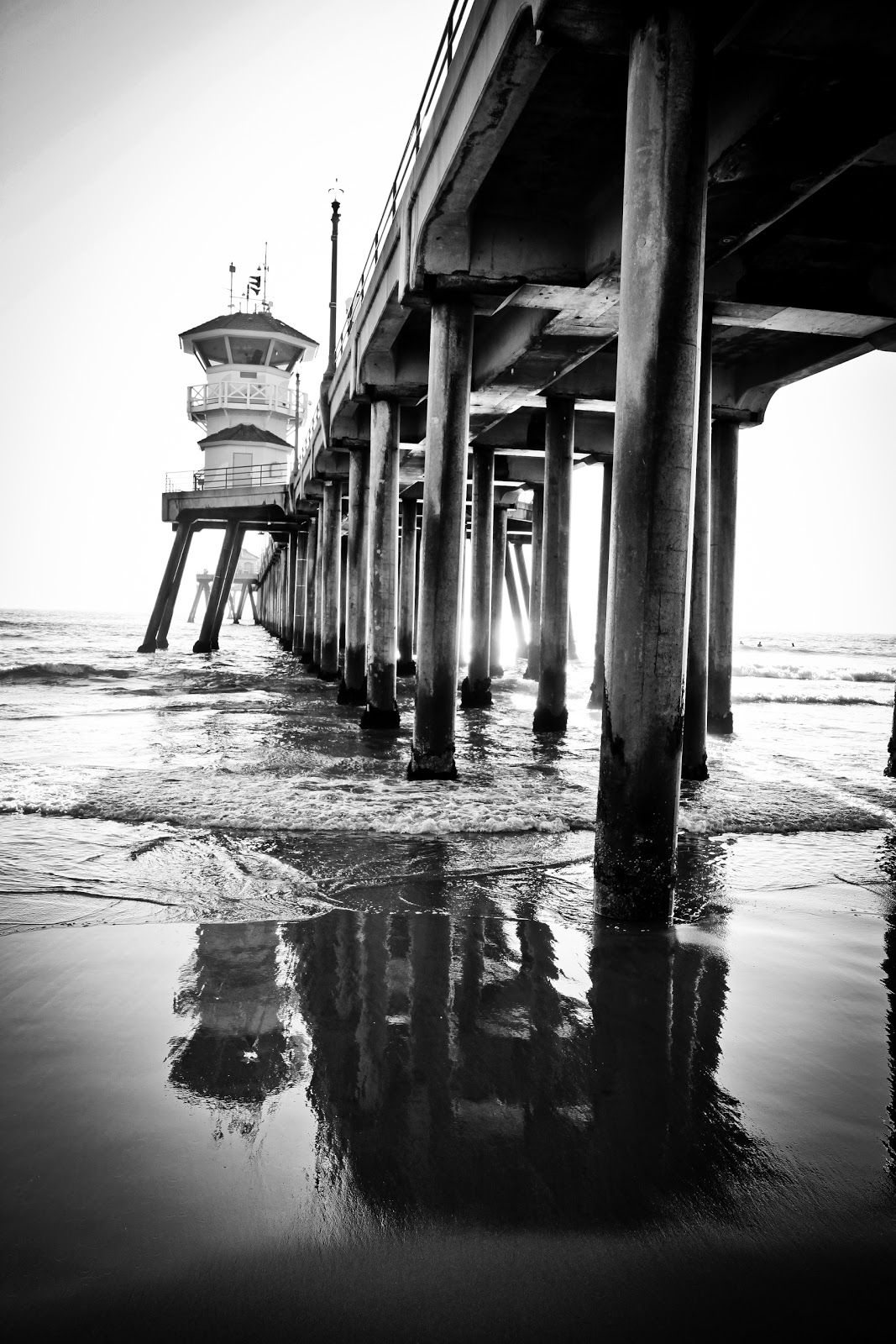 Huntington Beach, California
This photo is for Weekend Reflections and The Weekend in Black and White
Posted by James at 6:22 AM 32 comments: 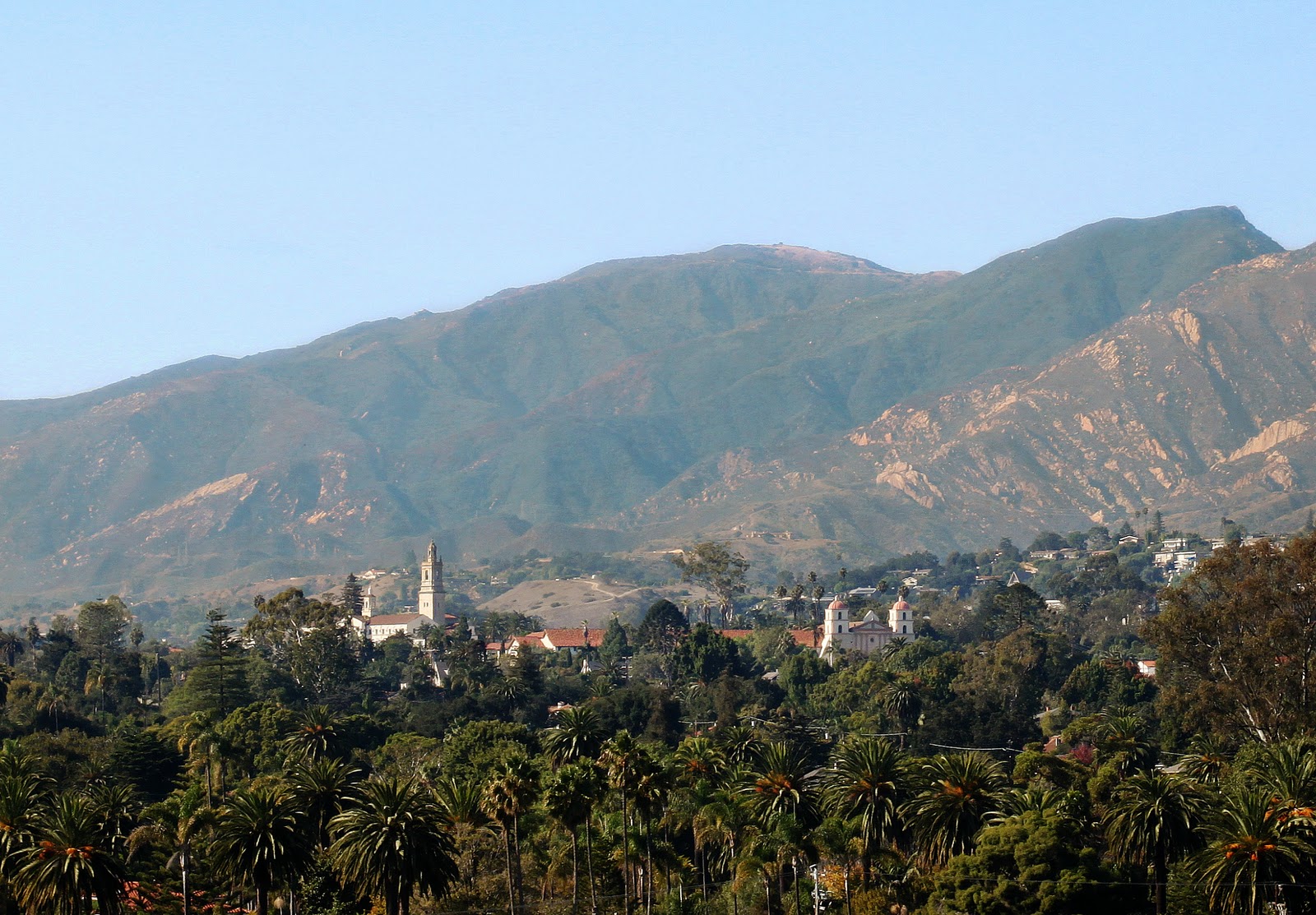 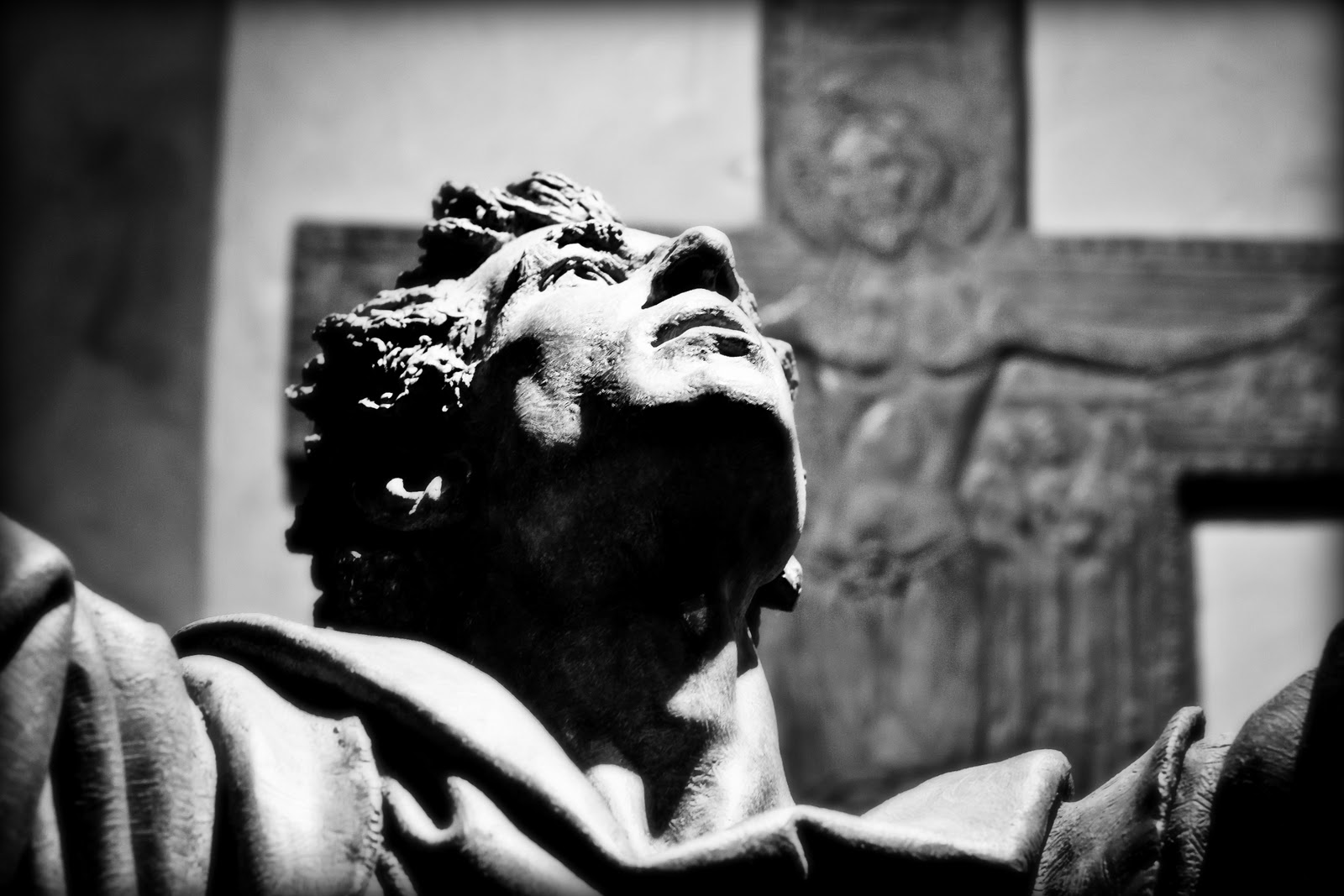 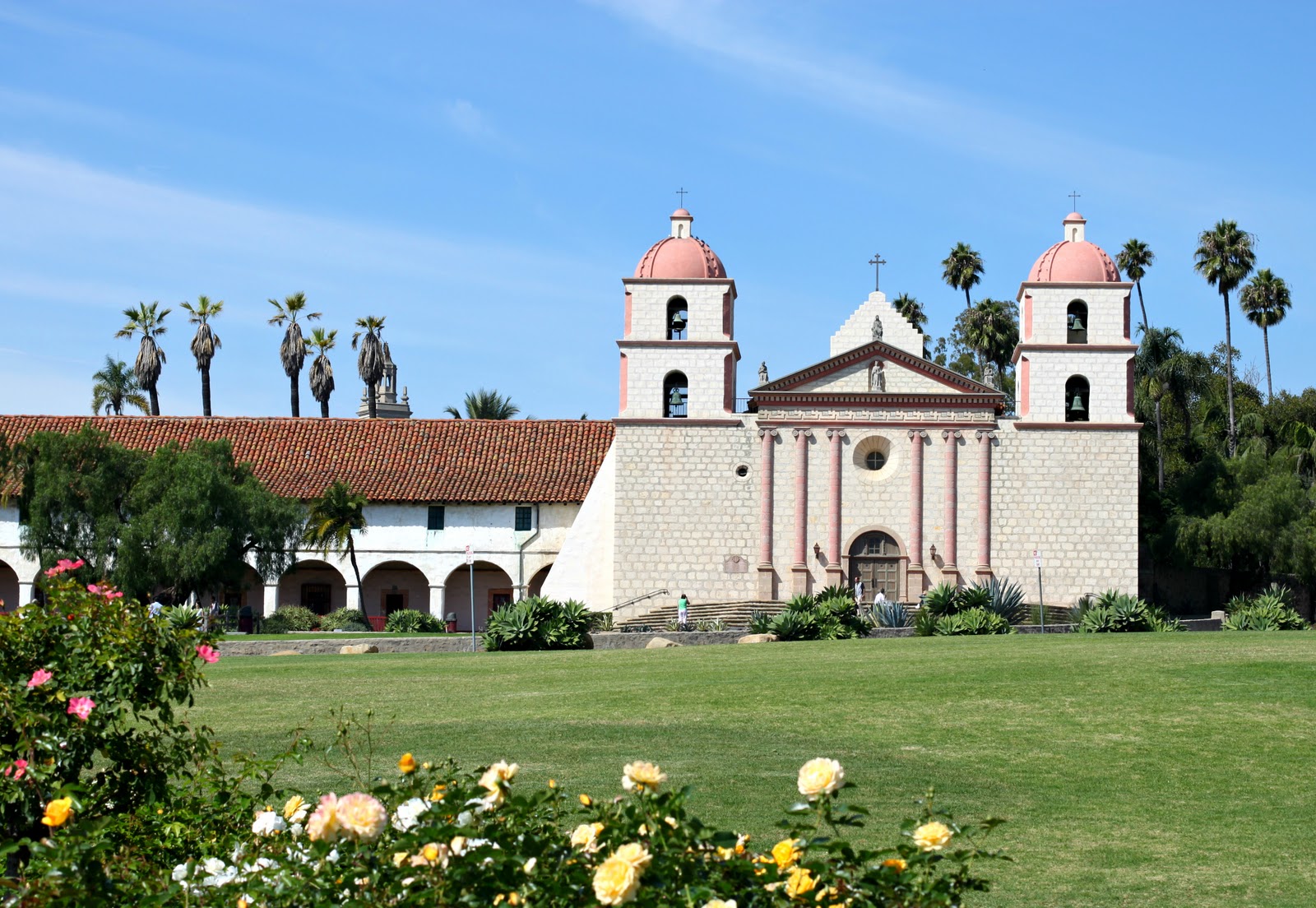 Last month Vicki and I celebrated our anniversary in Santa Barbara. We both love the area and it's only about a two hour drive up the coast. This is the Old Mission Santa Barbara also known as The Queen of the Missions. It was the tenth of the California missions, the Santa Barbara Mission was founded by Franciscan Friar Fermin de Lasuen on the Feast of St. Barbara, December 4, 1786.


Can you see the mission in the top photo? I took that shot from the top of the tower of the Santa Barbara Courthouse about two miles away. From there I could see mountains in one direction and the ocean was even closer in the other direction. The middle photo is a statue of Saint Francis inside of the mission.
Posted by James at 7:11 PM 22 comments: