Hello dear friends!
Thanks for all of the well wishes and support. I've been on the road for just over a week and I have to admit that it seems more like a month. It gets pretty lonely without Vicki and the cats or anyone else for that matter. Getting online has been difficult sometimes because of the hotels and other times because of this crappy little notebook. I wanted to post photos from the road but I can't find the camera cable, I guess I packed it. Thankfully I pre-scheduled Weekend Reflections. :) I look forward to posting photos and stories after we get settled in California. This trip has taken me over 2,000 miles through eight states so far. I drove trough a few severe thunderstorms and even had some close calls with tornadoes. In fact I passed through Joplin, MO less than 24hrs after the deadly tornado and sadly there was another tornado warning while I was there. Then more tornado warnings in Oklahoma and Texas. I finally felt at ease when I arrived in New Mexico, nothing but beautiful blue skies. I feel terrible for the people who were impacted by the floods and tornadoes but I feel very blessed that I got through it unharmed. Now I need to figure out where to go tomorrow it could be Colorado,Utah, Arizona or maybe another part of New Mexico.

P.S. The Mexican food in New Mexico is excellent! 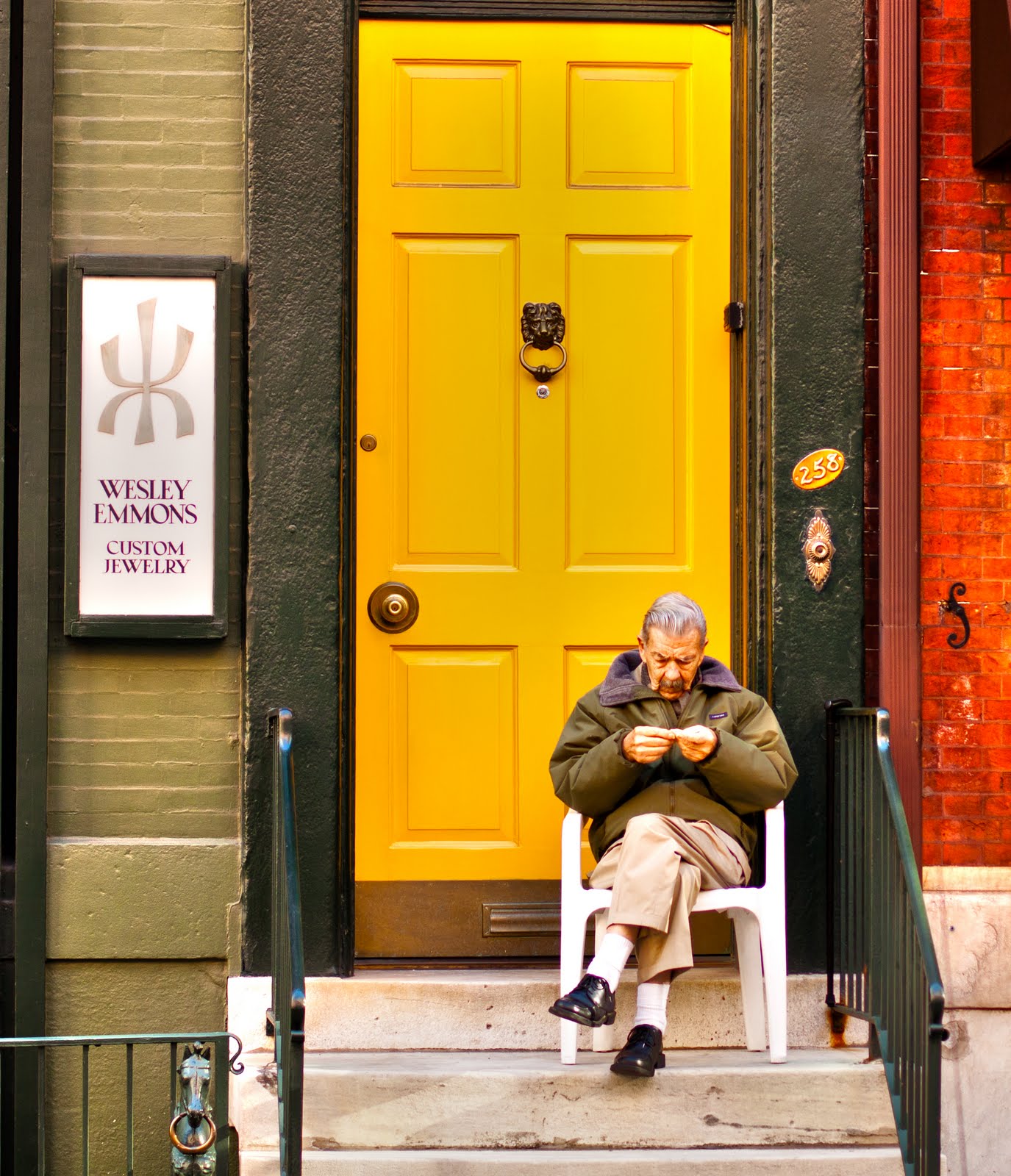 Philadelphia, Pennsylvania
Do you see the three faces in this picture? Every time I passed this spot the man was sitting there. In fact I looked up this location on Google Maps and the man was in the satellite view still sitting in his chair. :)

Well the big day is here at last and I'm on the road headed west. Just me and my two cameras. I"ll try to post some snapshots from my hotel rooms now and then. I'm taking the time to explore some new places on the way. I should be back to a normal blog routine in 3 or 4 weeks.

Have a great weekend! 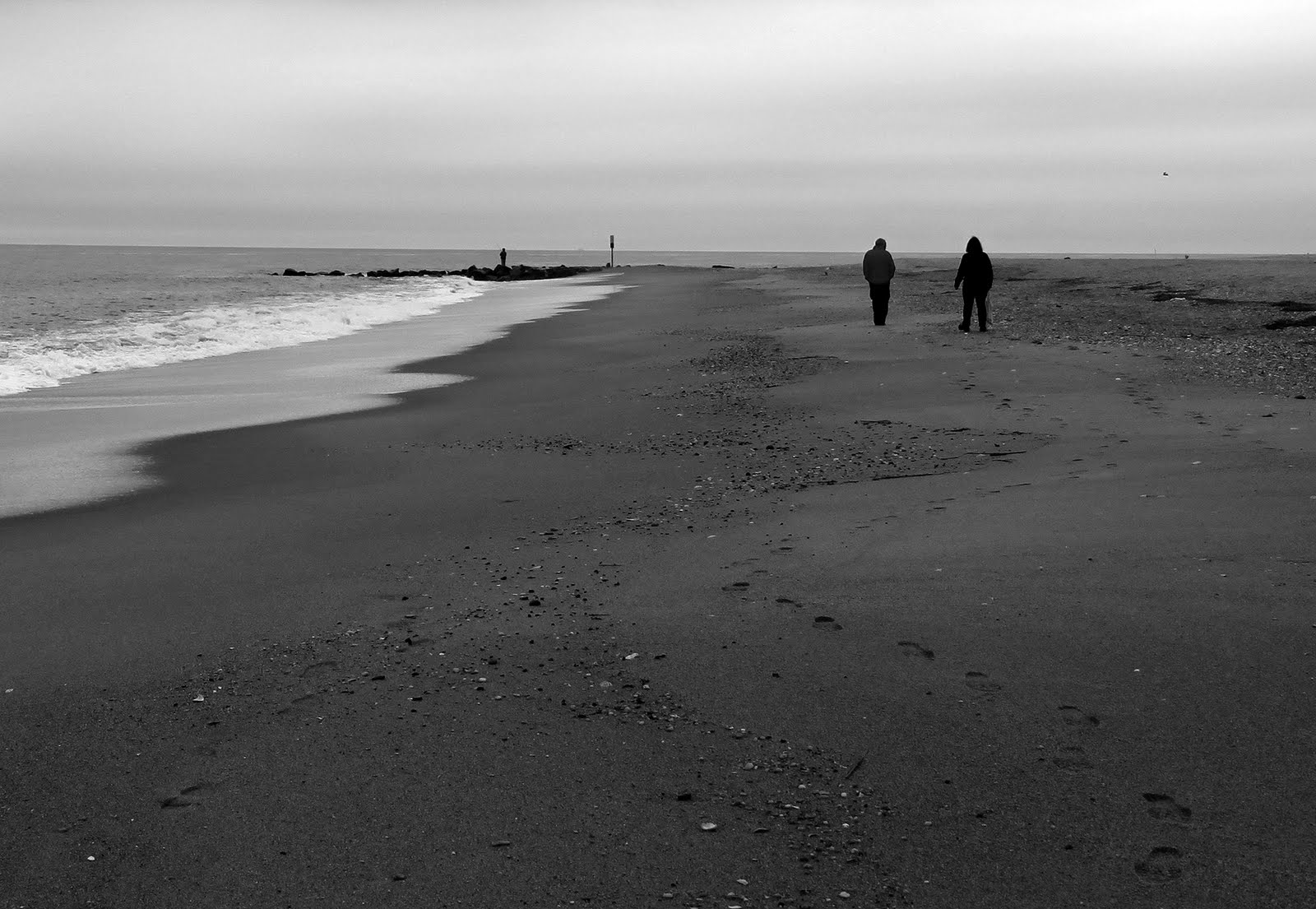 While in Cape May we stayed in a hotel with wonderful ocean views. This is the beach right in front of the hotel. I was amazed by the smooth colorful stones that were all over the beach. I found myself filling my pockets with them and some shells too. This couple gave me the idea.
Posted by James at 10:55 AM 19 comments:

These boots wern't made for walking 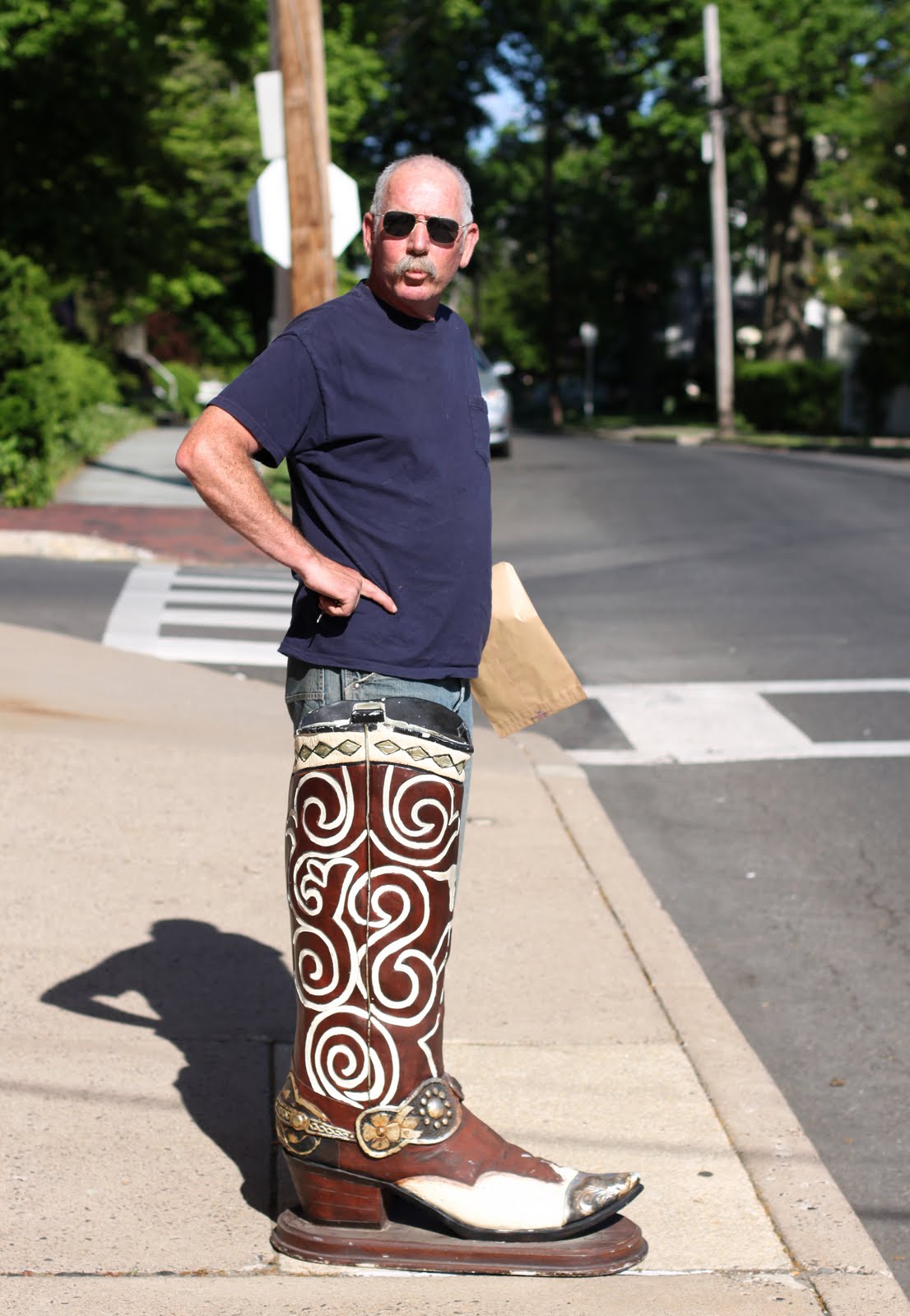 Only a few days left in Newtown so I've been walking around as much as possible. I took my 50mm 1.4 lens with me the other day hoping to get a few street shots and here's one of them.
This guy looks like he could be waiting for a bus or maybe a stagecoach. However sometimes things aren't as they seem. How do you like his boot(s)?
Posted by James at 12:39 AM 22 comments:

The Path to the beach 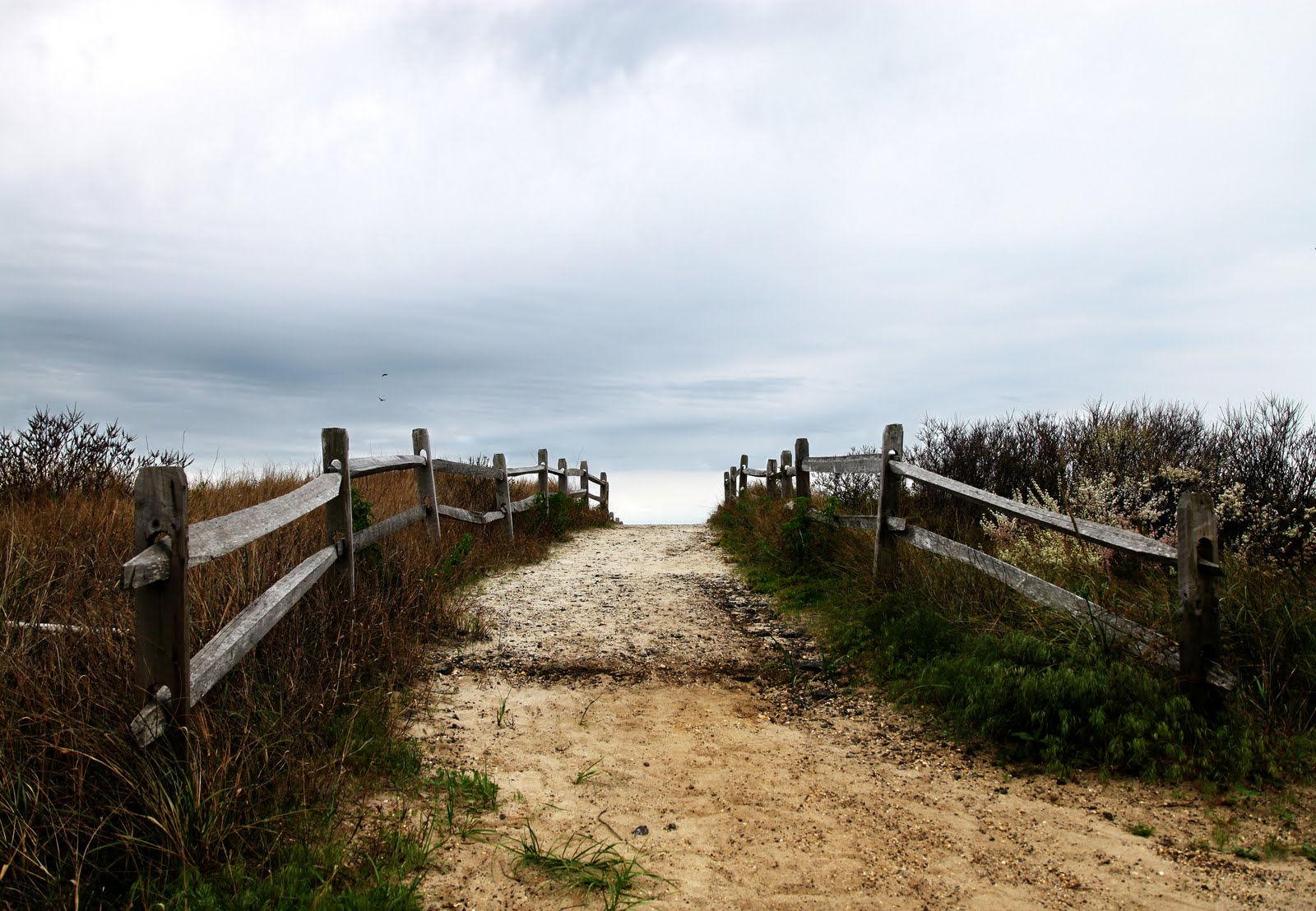 It was a nice path to a peaceful beach. Just the sounds of the ocean and the birds. A great place to relax.
Posted by James at 2:25 PM 10 comments: 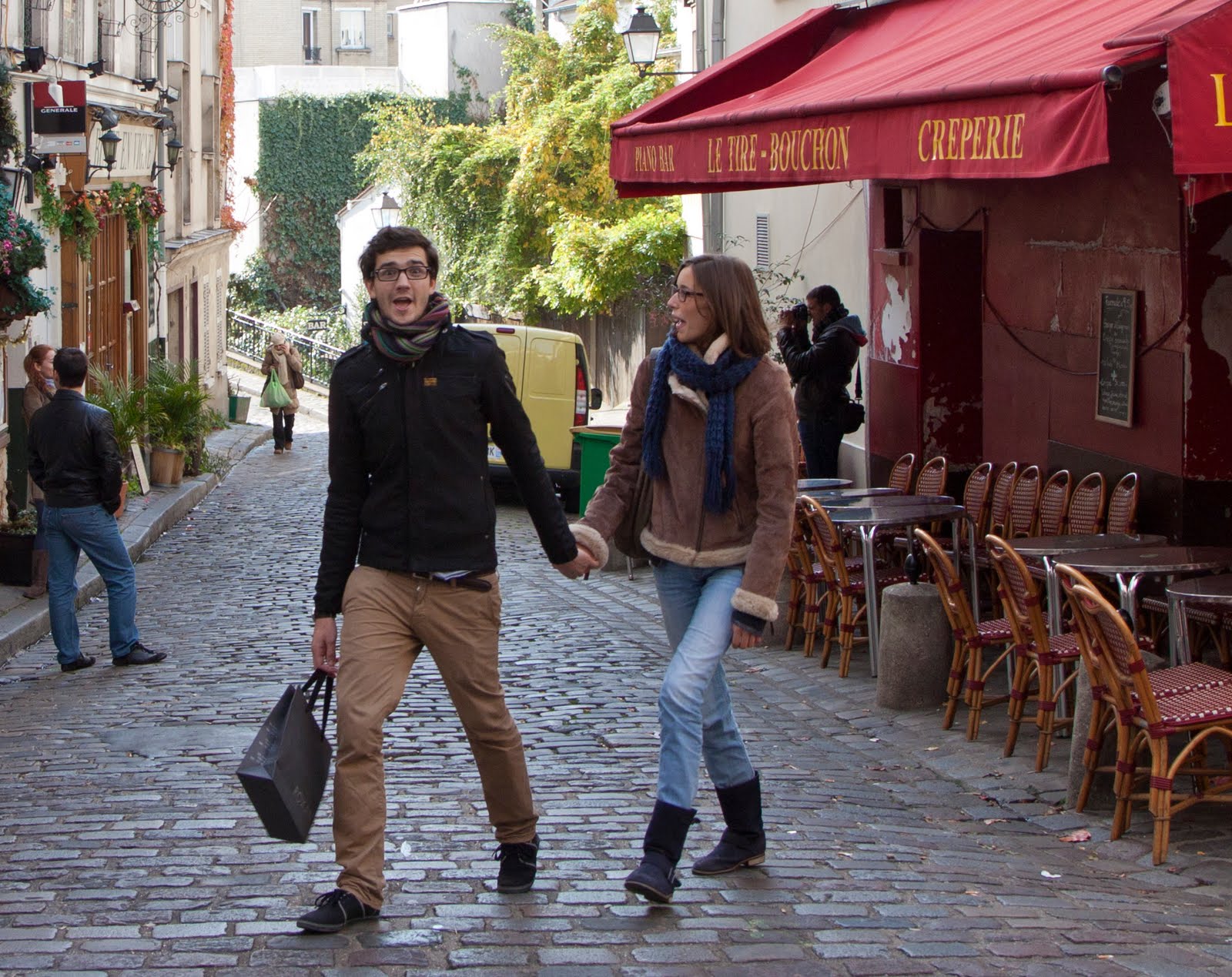 This guy went out of his way to get his picture taken and I was happy to oblige.

Only two weeks left in Pennsylvania. "California here I come right back where I started from" :)
Posted by James at 10:00 AM 18 comments: